How does the combination of agriculture and energy production work?

From Idea to Implementation

The idea of using agricultural land for both agricultural production and electricity generation through photovoltaics has been around since the 1980s.

But it is only in recent years that the implementation of this concept of agrivoltaics has gained momentum. From the invention of the technology to the large industrial plants already in place today, agrivoltaics has come a long way.

The concept was introduced in 1981 by Prof. Dr. Adolf Goetzberger, founder of the Fraunhofer Institute for Solar Energy Systems ISE, and Dr. Armin Zastrow. They realized that dual land use could bring great benefits. They investigated how conventional PV systems can be adapted to allow homogeneous plant growth in parallel with solar power generation. 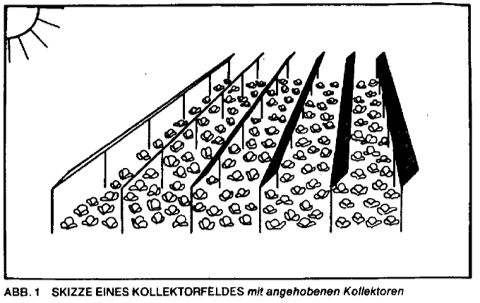 The development of agrivoltaics

In the 2000s, the first agrivoltaic-pilot-plants were built and researched first in Japan and then in Germany and France. Japan introduced the first government support program in 2013 and recorded more than 1,900 agrivoltaics-plants in 2018.

Japan was followed by China, France, the U.S., and Korea with government subsidies for agrivoltaics, increasing the global average capacity of plants from 5 MW in 2012 to more than 14 GW in 2021.

The largest agrivoltaic-project to date, growing goji berries, was implemented in China on the edge of the Gobi Desert and is currently being scaled up to 1 GWp. 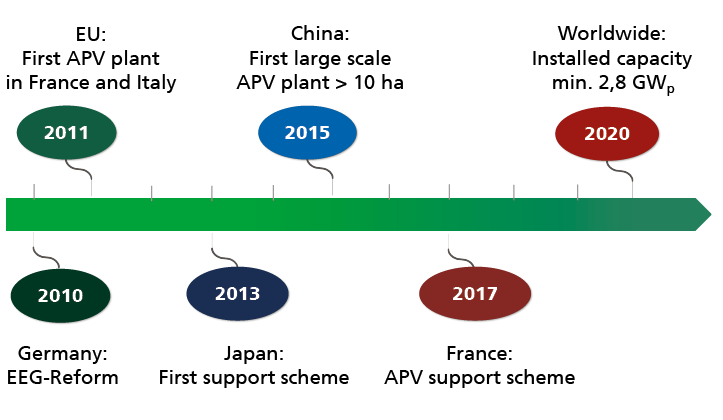